Having been inspired by the interest in the post I wrote about going to church, last week’s Sunday drive found us exploring some of the beautiful churches to be found in our local area.

With a few suggestions from friends, and some ideas of ones we’d like to visit ourselves – we sallied forth in the Ratmobile making full use of Zen navigation and sometimes even the map. The first location we visited (once we found it!) was the aptly named ‘church in the fields’, or Saint Nicholas’ Church in Lillingstone Dayrell, North Buckinghamshire. 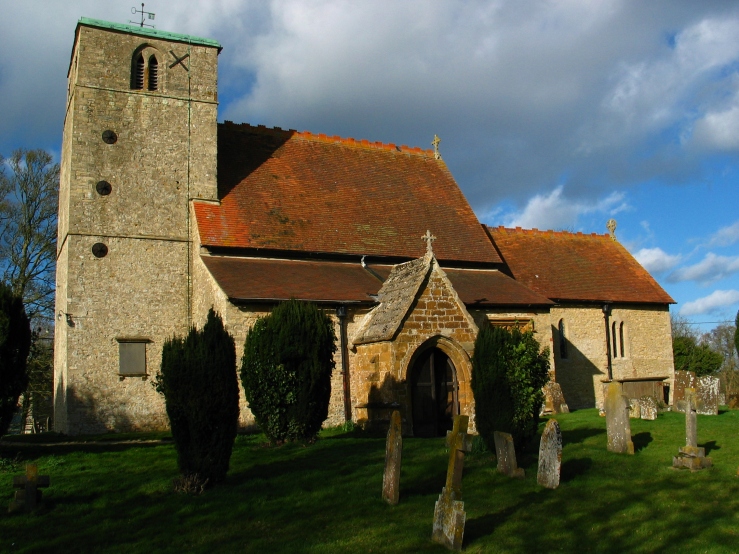 Standing tall in the surrounding countryside and watched over by many nosey sheep, there has been a church on this site since the 11th century – some of which can still be seen in the lower parts of the tower and chancel. St Nicholas’ was largely re-built in the 13th century and dedicated to the patron saint of sailors and children, a small figure of whom stands in the squint (a small hole that allows people in the side pews to see the altar).

The small statue of St Nicholas

The building itself was a typically really old protestant build like those found all over  England. Lots of beautiful exposed stonework, white plastered walls (presumably covering up old catholic iconography), stained glass, candles, plaques and dark wood everywhere – just the sort of church we love. There were even genuine medieval tiles in the floor in the chancel.

There was a lovely alabaster tomb in the chancel which commemorates a man called Paul Drayrell and his third Wife Dorothy, who both died in the mid 1500’s. I’ve since tried to find out about them but has thus far been thwarted.

One of the things I always take an interest in is all of the memorials from the 1st and 2nd world wars – it’s very heart wrenching. Since the centenary began in 2014 there have also been some very interesting tributes. This church has clear plastic cutouts sitting in the pews. Each one was supposed to represent each man from the village who fell, and pinned to them was their sadly too short life stories.

As a bit of a contrast, second on our list (after a short detour into Buckingham for Oasis drinks and red noses) was the 15th-century church of Saint Edmund in Maids Moreton,  said to have been built (on the site of an earlier church) by two maiden daughters of the Pever family (hence the village name of “Maids’ Moreton”). 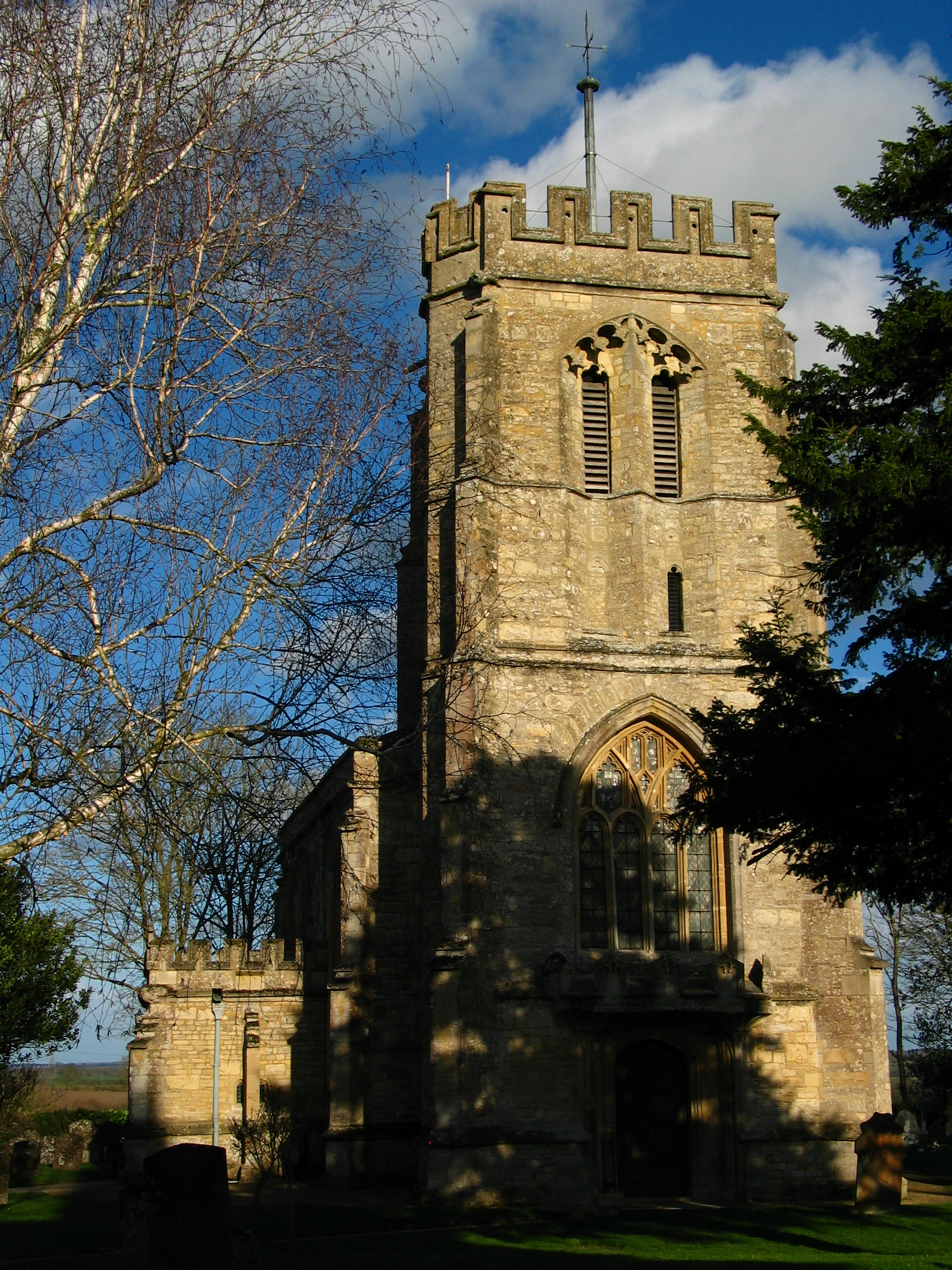 Being built at least 300 years later than St Nichiolas’s, the building had a very different feel. It was much more light and airy with big windows and not much stained glass. There was a stunning and rather rare fan vaulted ceiling under the tower, and a 12th century font from the original church – I wondered how many people had been baptised in it over the centuries,,,

One really beautiful point of interest were the catholic wall paintings that had been partly uncovered from below the plaster covering them. It’s truly amazing how well the colors had survived.

Moving on, and on the advice of a nice church warden we met in St Edmunds (her son, a drummer, was setting up for the evening service – I don’t remember the church I went to as a child having a drum kit!), we drove over to the nearby St Mary’s church in the village of Leckhampsted. She’d told us there was some very early graffiti next to one of the pews that was definitely worth seeing . However, horror of all horrors, when we got there it was was blooming-well locked!!! There is truly no greater sin than a locked church (well OK, Moses had ten others  that might take priority but what did he know).

After the disappointment of Leckhampsted, we traveled back through Buckingham and visited All Saints church in the village of Hillsden.

The church here dates back to to the 15th century, most of it being rebuilt by the mad (I assume) monks of Notley abbey in 1495. However the church was largely restored in 1875 with many of the pews and windows being restored or rebuilt, along with one of the main tombs. So how much of it is how it was in the 1500’s I’m not sure.

Interestingly the door had been removed from Hillsden Manor, and still retains the Musket ball holes it gained during the English civil war, when the village was attacked by Parliamentarian troops (Booo!).

In a nice link to the first church we visited, one of the stained glass windows depicts the miracles of St Nicholas (Santa again) whilst another commemorated three men from the village that died during the first world war.

Again due to the many rebuilds and restorations, this church felt very large inside. However it was lovely, with lots of beautiful carving around the roof. Alli and I explored the many and varied bits of history on offer – including the tomb of the physician of Kings Charles the 1st and 2nd. We stayed until it got too dark to take pictures and left as the warden arrived to lock up, assisted by his young medical assistance dog in training – a beautiful golden retriever that was very happy to see us. We always seem to meet really interesting people when we go on these church crawls, its one of the reasons we love them.

As we left, we found the the glorious blue skies of the morning had given way to heavy sleet and rain and we had to run back to Ratty for shelter. Driving out of Hillsden that sleet turned to snow! 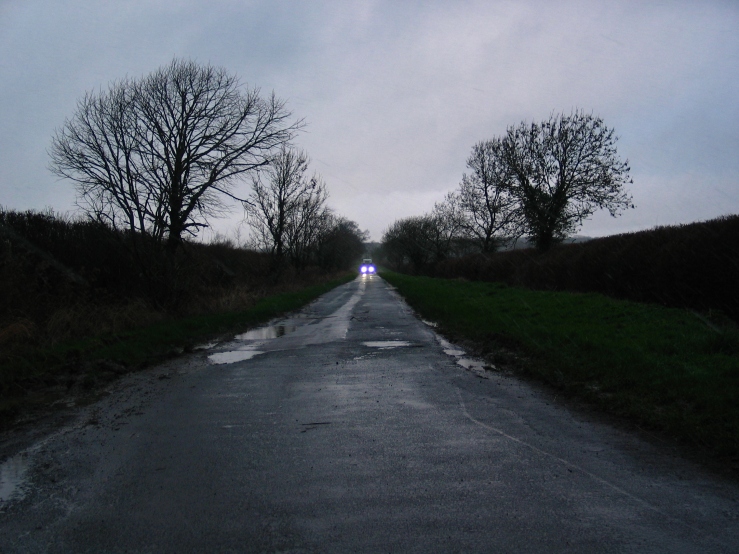 As we got to the cross roads for home, we met with a dilemma. It was a Sunday night, the children needed to go to school in the morning and we had to get them and all their kit ready. So should go and get these boring chores done, or should we be naughty and go to the pub..?

…Obviously we went to the pub.