It happens to me every summer – about the end of May I’ll start turning my eyes and ears towards the sky, hoping for a view of my favourite bird – Apus apus – or as it’s better known, the Common Swift.

…and then one evening, I’ll be sitting outside having a drink, and then suddenly high in the sky above I’ll hear the screaming, and then like a flash, a pack of marauding sickle shaped birds will zoom overhead.

And then the next thing you know- they’re everywhere. flying low through our villages, scaring the pedestrians and beating up our streets!

The Common Swift is a remarkable little bird, and they have always been my favourite.

They are truly the most airborne of all birds, they eat, sleep and… um…  ‘ahem’ in the air. In fact, the only reason they do come to earth is to nest, lay eggs and raise their young. Even then, because they have small feet with all the four claws pointing forward, they are awkward on the ground and out of place. They can only cling on to vertical surfaces like cliff faces, tree trucks and the sides of buildings – you’ll never see them perched on a twig or on a telephone wire.

Swifts generally have a single brood of 1 to 3 chicks each year, which they feed solely on airborne insects. Only feeding on the airborne plankton in the sky (insects, spiders etc.) and so having to go where the food is, the adult birds can and will fly hundreds of miles to catch a meal for their young off spring. Amazingly they have been recorded flying from the northern England and Scotland all the way to France on extended foraging trips. During this time, the young chicks will enter a state of torpor – only coming out of it when the parents return with their supper. 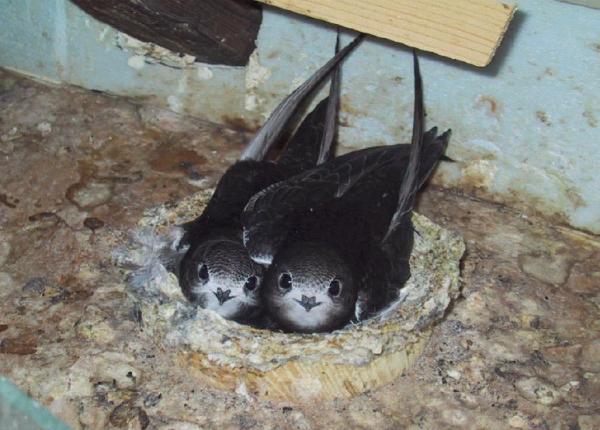 When Juveniles finally leave the nest, they will not touch the earth again until they have matured and successfully bread, which can take up anything up to 3 years…

Imagine that – 3 years on the wing! That is truly awesome. It is said that a single bird can cover millions of miles in its lifetime. 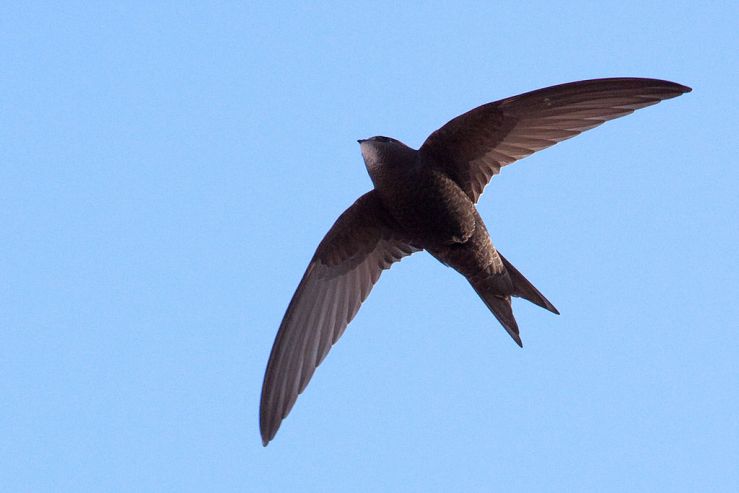 It’s not fully understood how they sleep. They do it at high altitude apparently, which is why you’ll see them ascending dramatically into the sunset at dusk, and it is thought that they’re able to shut down one side of their brain at a time, whilst gliding back towards down to earth, but I don’t think anyone is fully certain yet. However they do it – it’s a stunning bit of evolution. 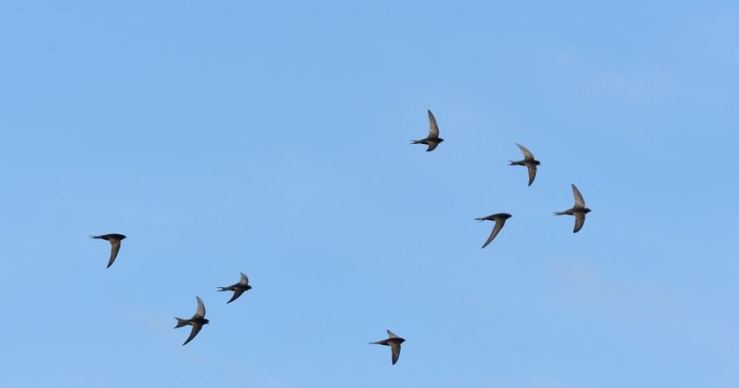 After they’ve raised their young, these little wonders leave our shores (and the rest of the Europe, Russia and Asia) early in August and fly south to Africa where they spend the winter. Actually they seem to spend so little time here, that it’s hard to call them a British bird at all. But then I don’t think of them as African birds either – I don’t really think they’re locked to the land at all – they’re truly from the sky. 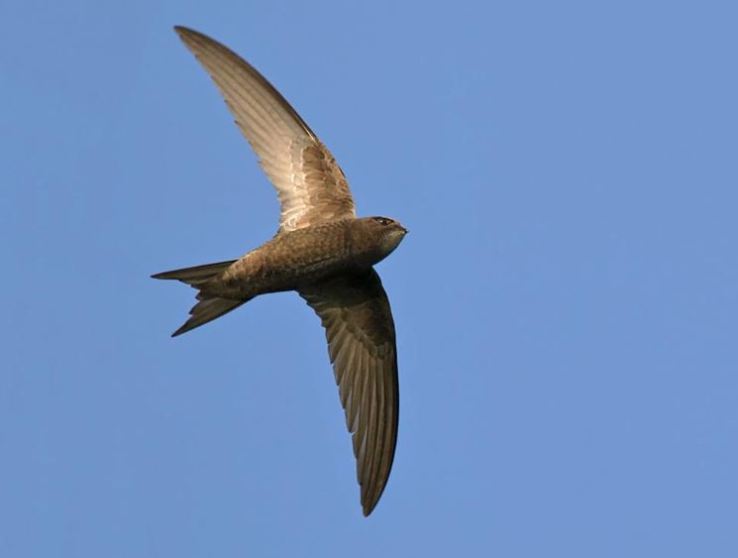 Until next year my little friends, farewell – I’ll miss you!

23 thoughts on “In Praise of Swifts!”